Well this is the week that DD came for a visit. I mean to tell you, it seems like the time just flew by.

We picked her up on Friday and of course headed over to pick up the machine that I showed in my last post. After that we stopped for a bite to eat then headed over to upgrade both, her phone and mine. No, we didn't get the new iPhone, but we at least upgraded to the 5.

Saturday and Sunday we just laid low around the house and visited except for the short(?) time her and I went out and hit a few yard sales and thrift stores.

Monday I had to go out to the LQS for the Marti & Me classes. I finished those up a little early and came home only to find that I was all by myself. DH & DD were out running the roads :-).

Tuesday we went to the fair and spent the day walking around looking at everything ( and, of course, eating all kinds of good stuff).

Wednesday we went to Snoqualime Falls and had a great time sightseeing. 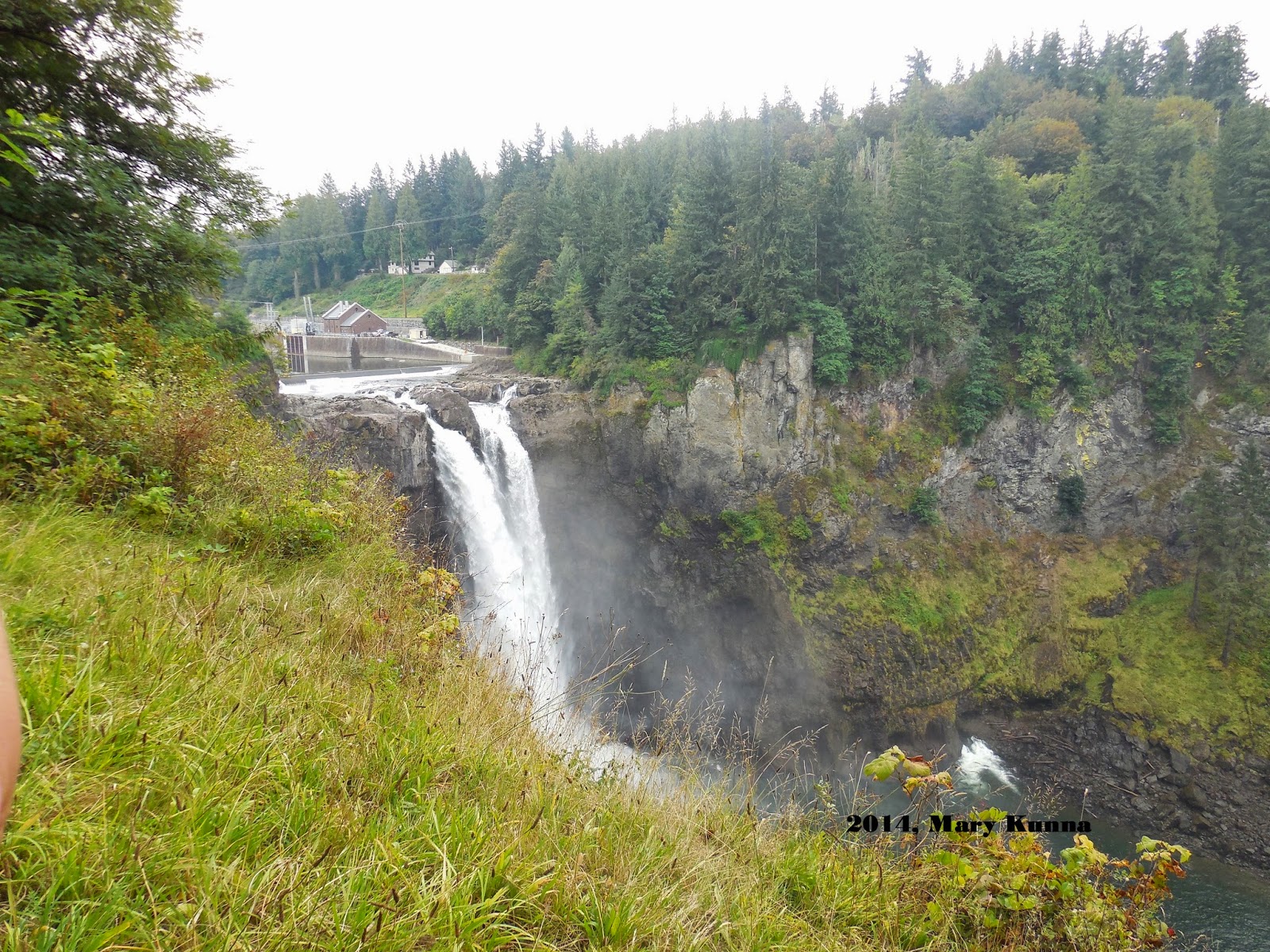 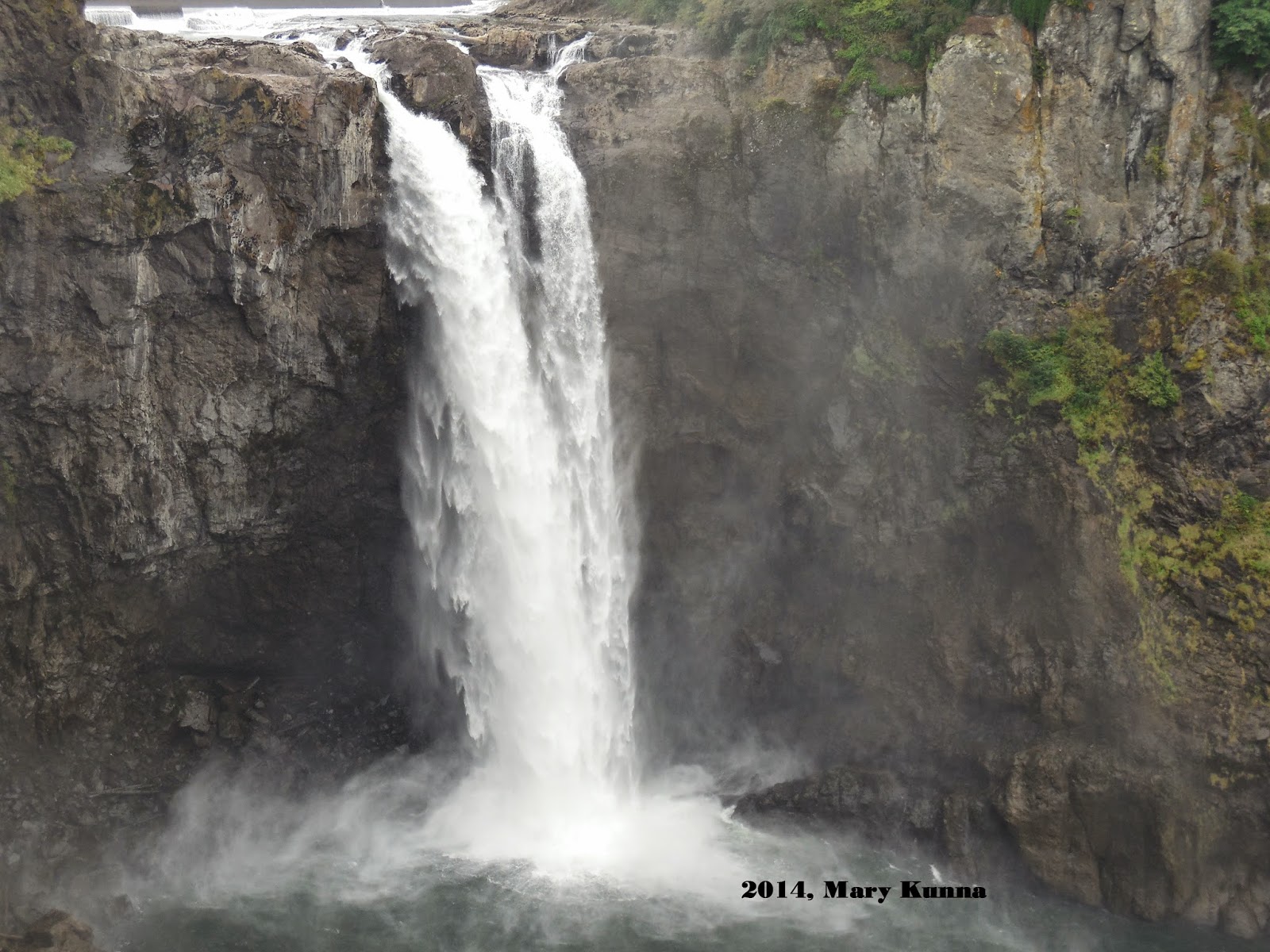 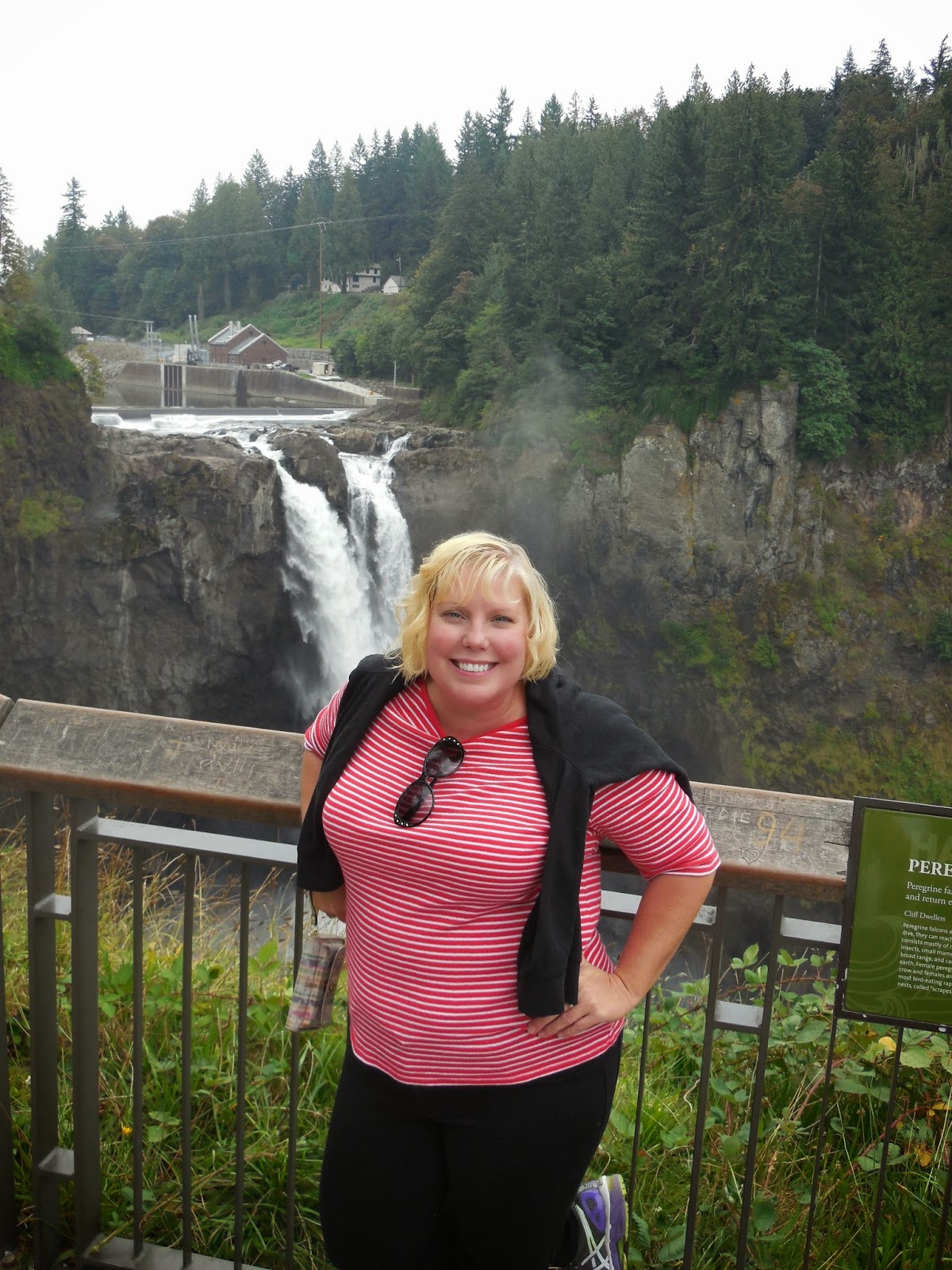 Of course, since we were soooo near, we had to make a stop at the Snoqualime Casino. All in all----a good day.

Thursday we stayed home and chilled out and did some more visiting and relaxing.

Friday, we went up to the Paradise Lodge at Mount Rainier and made a few picture stops along the way. 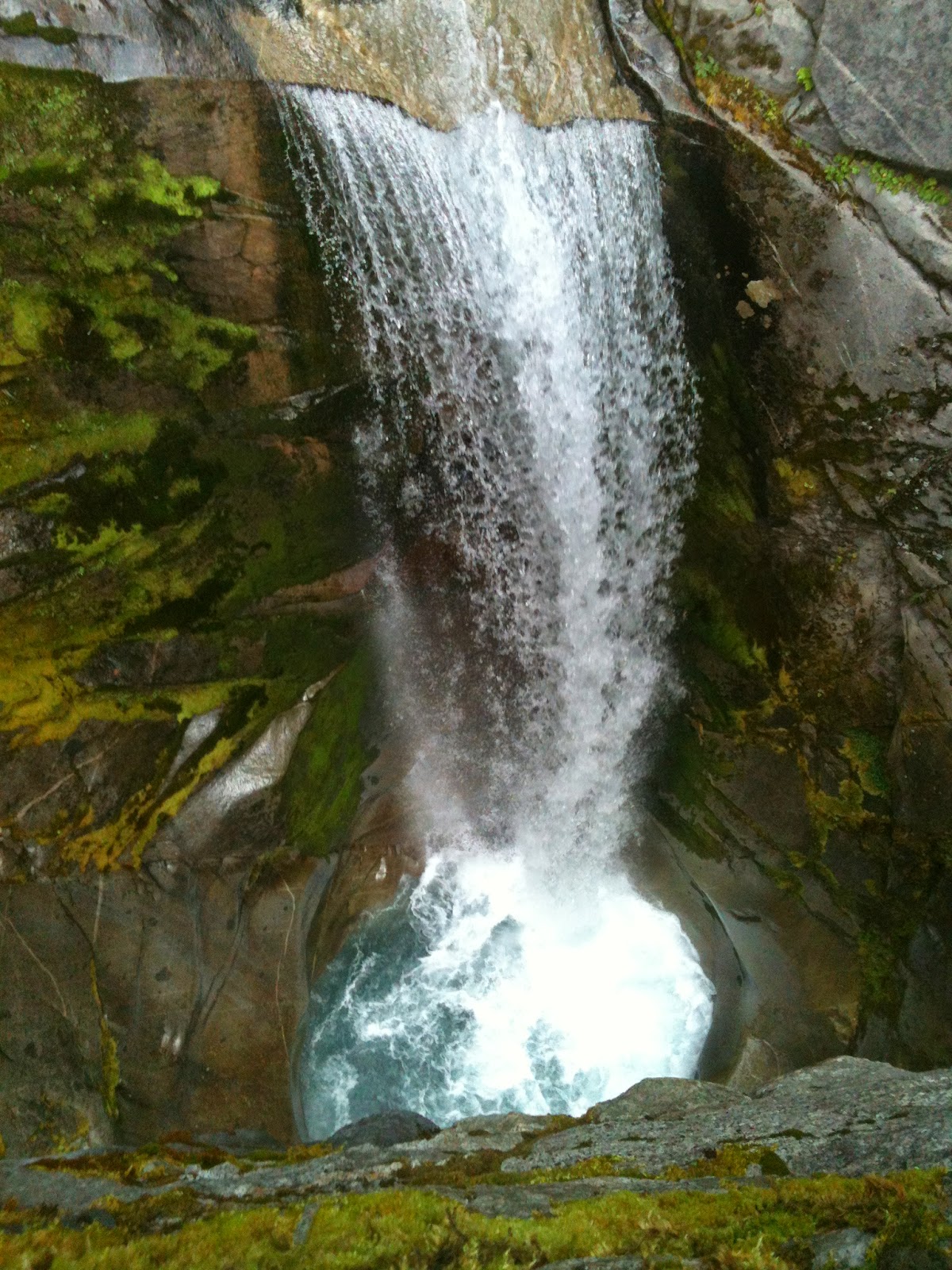 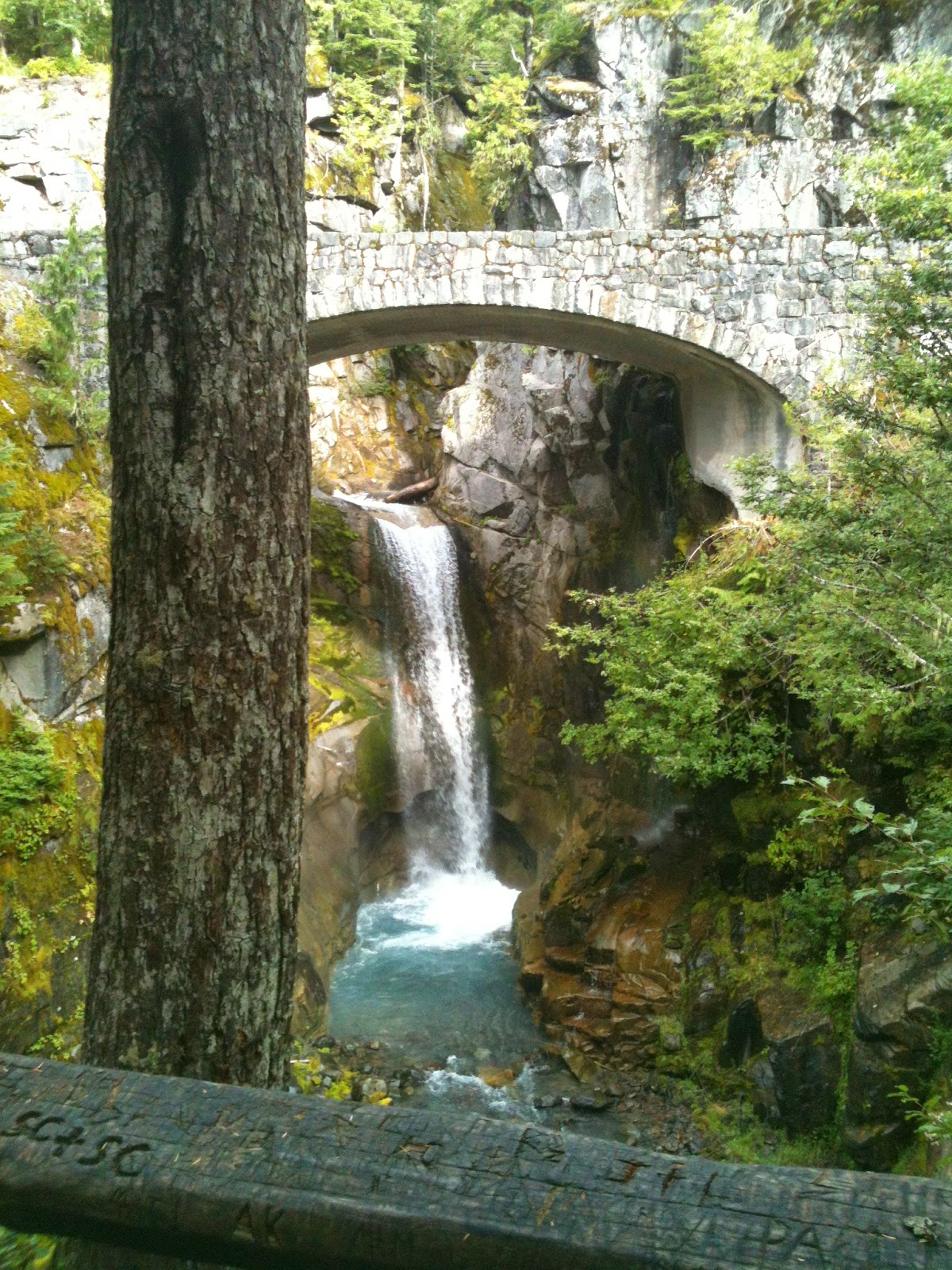 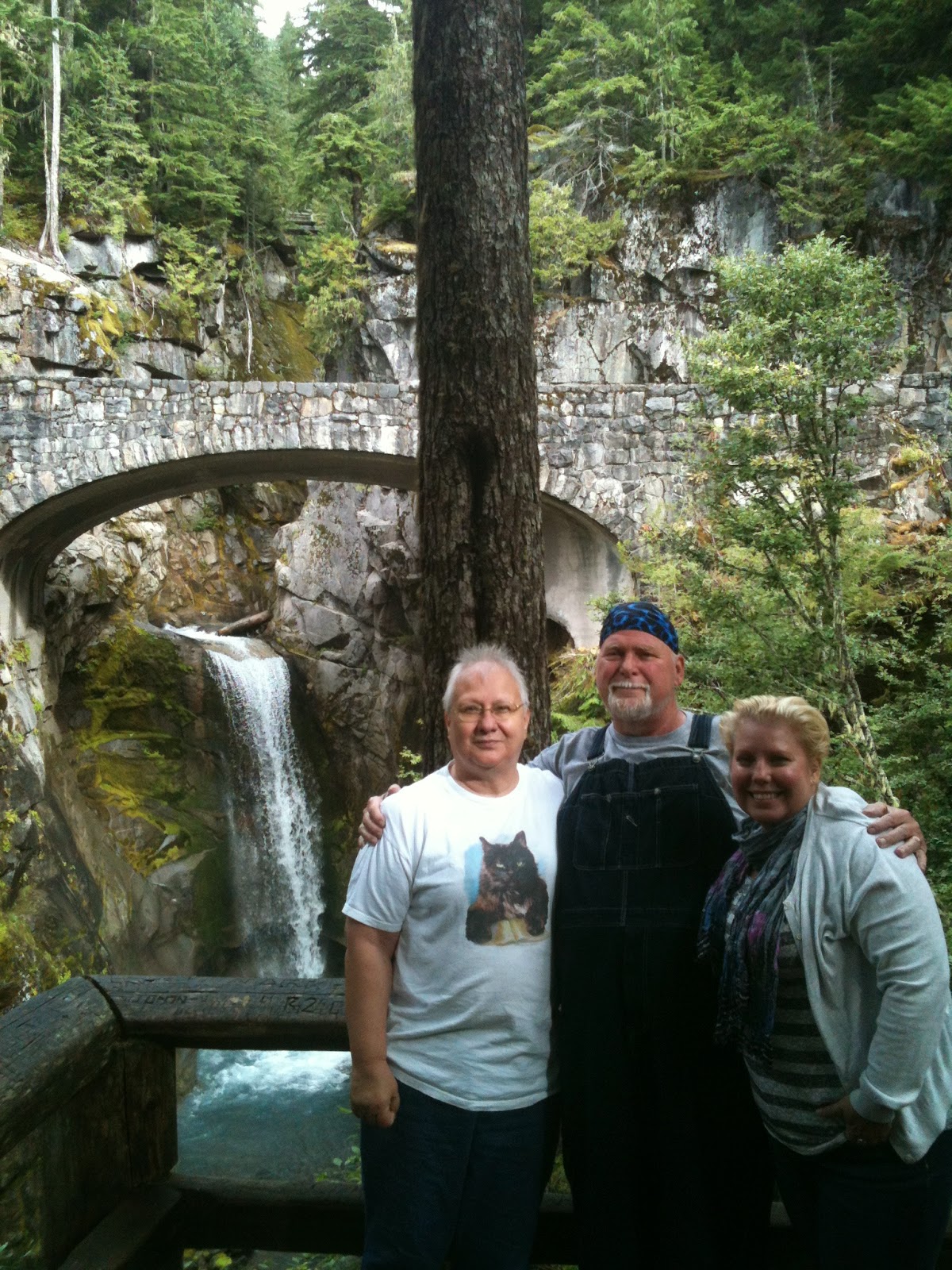 After we left the mountain we took a little side trip to Red Winds Casino and had something to eat. We didn't stay too long to play because they had about half of the machines closed down for upgrading or ???????? You couldn't find an open machine in the place unless you just happened to pass as someone was leaving a machine.

Saturday DH said he was going to relax and we could run do some errands that I needed to do-------so DD and I left and after the errands were done we decided to stop at -are you ready- the Emerald Queen Casino. Now don't get this wrong. We are gambling maniacs (in fact I haven't stepped in a casino in over a year). We basically broke even with all the playing we did. Sheila and I like to play new (to us) machines until we hit the bonus round. We like to see what happens in the bonus round and then we move on.

Also in the evenings her and I would play Yatzee. Now she has me hooked on playing it on the phone. We can play against each other now whenever we want to.

Now here we are at Sunday. We took her to the airport this morning and the house feels sooo different now. Missing her already (big sigh).

Next week it's back to business. Lots to catch up on.

Boy have I been busy!
The week of 8/25 through 8/31 I quilted some client quilts and did some cutting on stuff that I was going to take for working on in the motel room while I was down in Oregon (more info on the trip down farther in this post).
Then comes the first of September-----------------Dramatic music-------------. I was perusing Craigslist (I really need to stay off of there) and saw a listing for this. 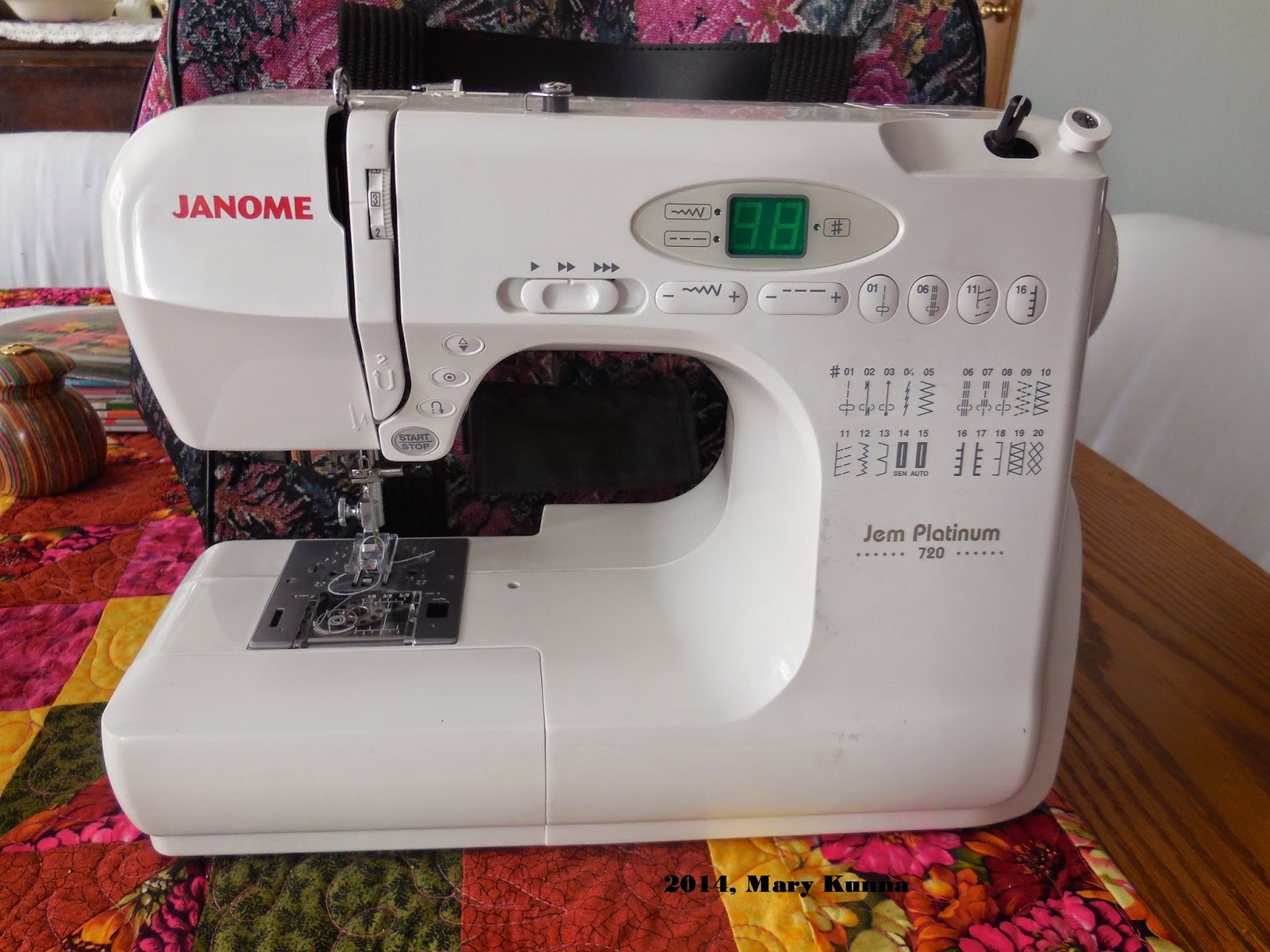 On Wednesday the 3rd I took off for Dundee, Oregon and 3 days of  Beginning Basic Machine Maintenance classes. The first day was lecture. The second day we got to tear into the machine that we brought. Day 2 and 3 was learning all the steps of going through the machines for maintaining them. Adjustments and problem shooting on small things. By the end of the 3rd day I had gone though 3 of the machines I had taken (I took 7). We had Sunday off so I went and bought some of the tools I needed to fill out my tool list. I also wanted to try to find some more machines to work on.
On Monday we started Advanced Machine Maintenance for 3 days. Luckily our hosts for these classes had a barn full of machines so that when we ran out of our machines we could practice on theirs'.
It was a wonderful week of classes. The people were so friendly and we bonded during that week. We have agreed to stay in touch with each other.
Here is a pic of my and the person who taught the class (Ray White). 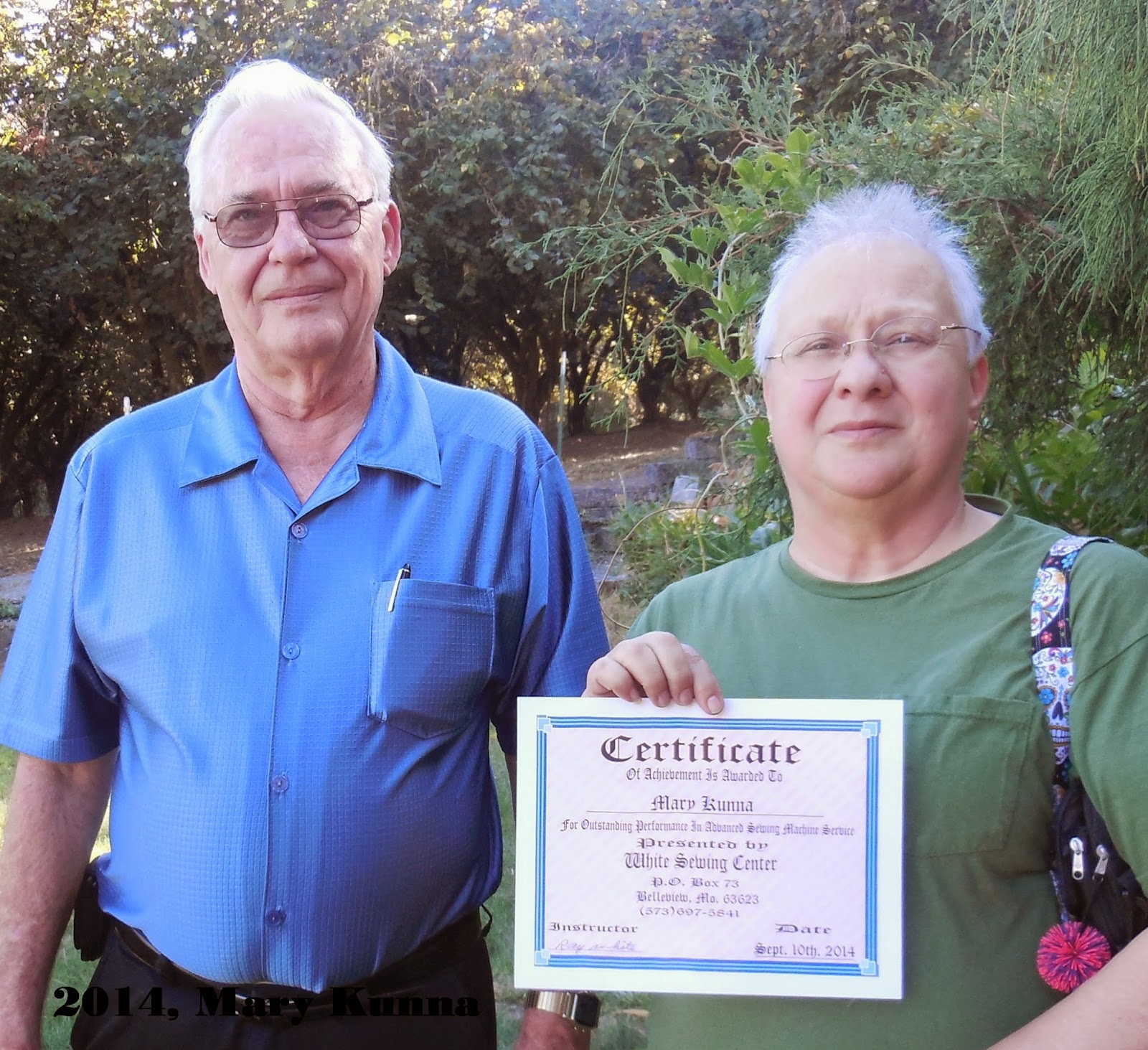 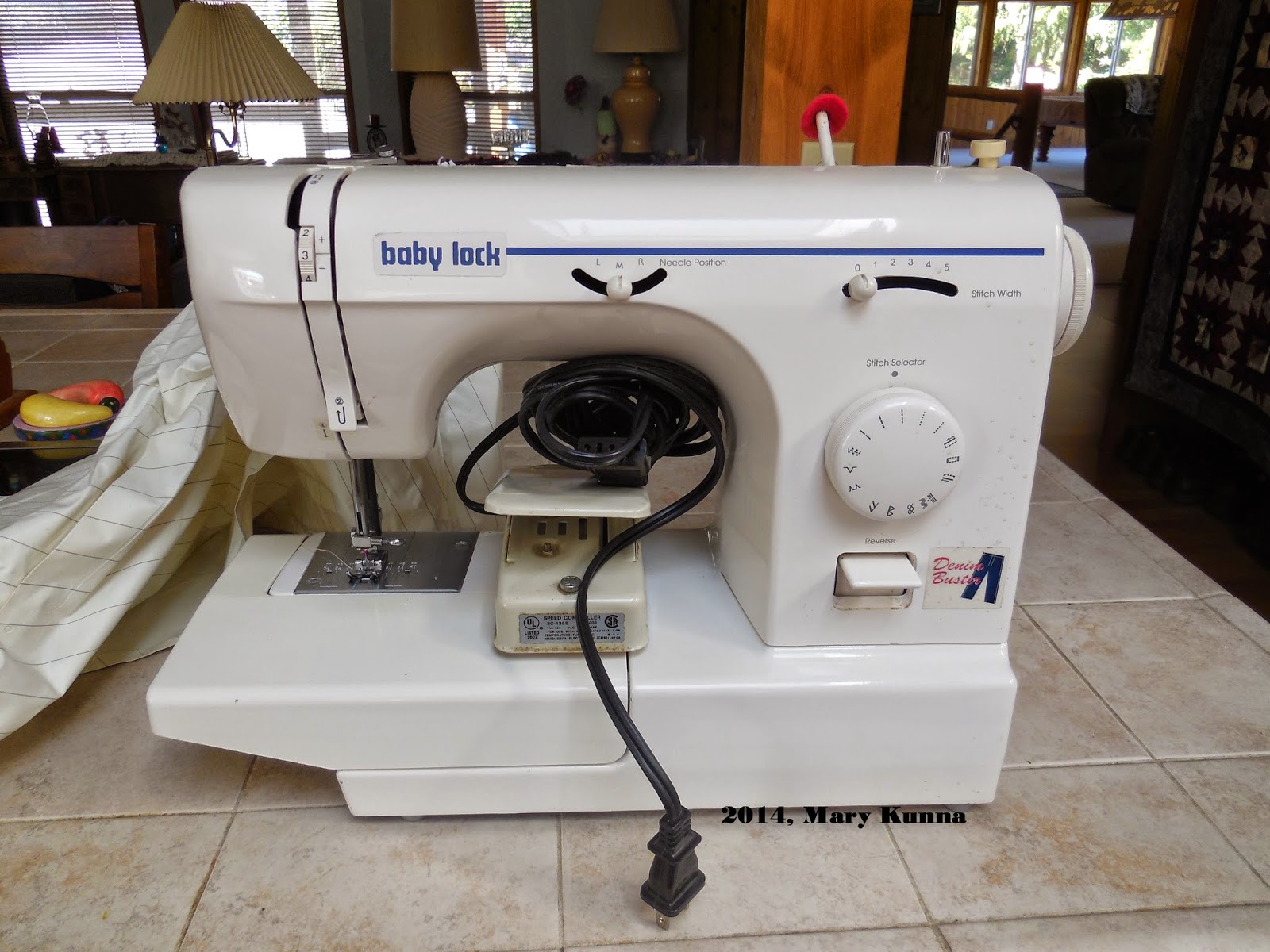 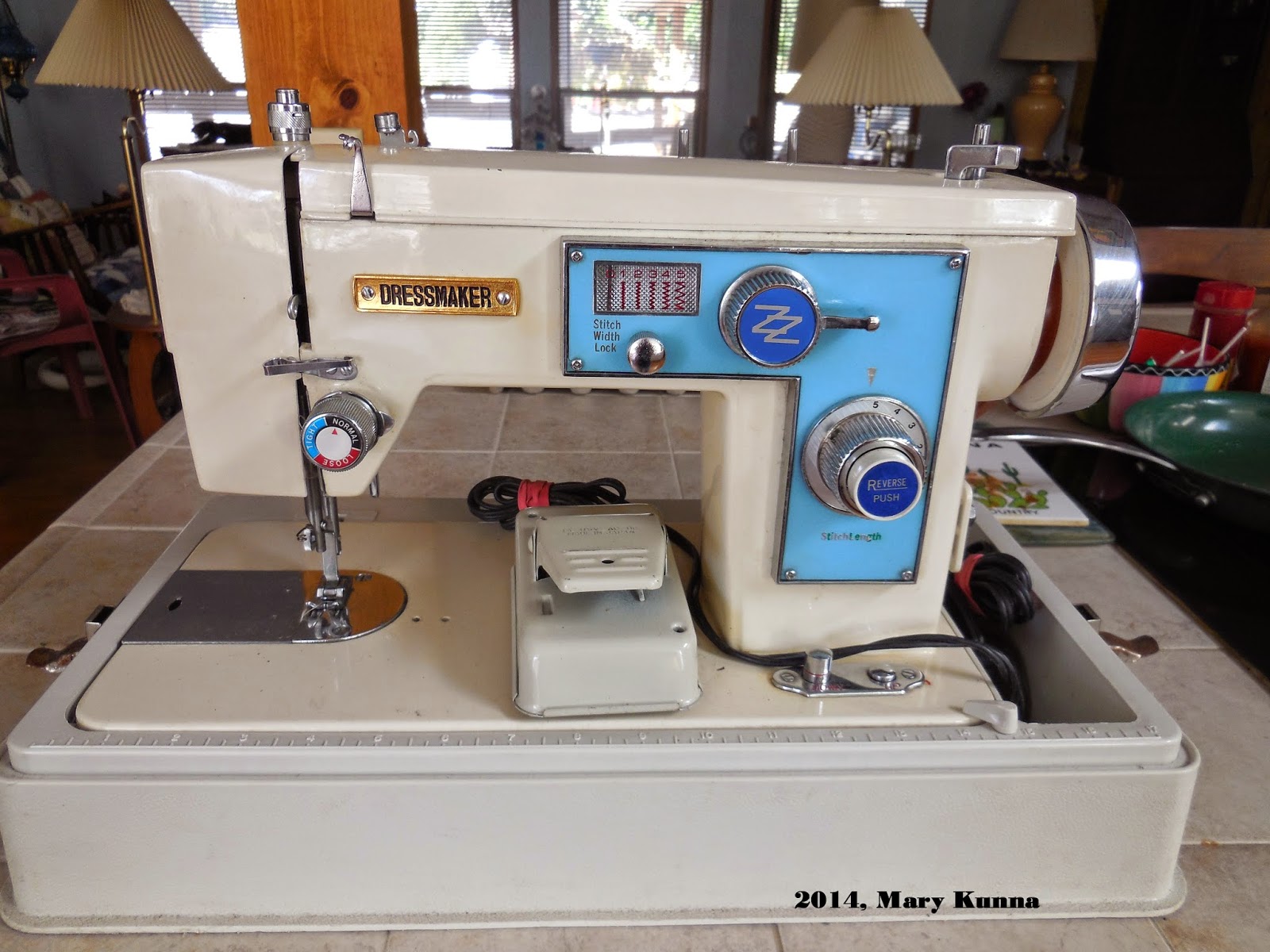 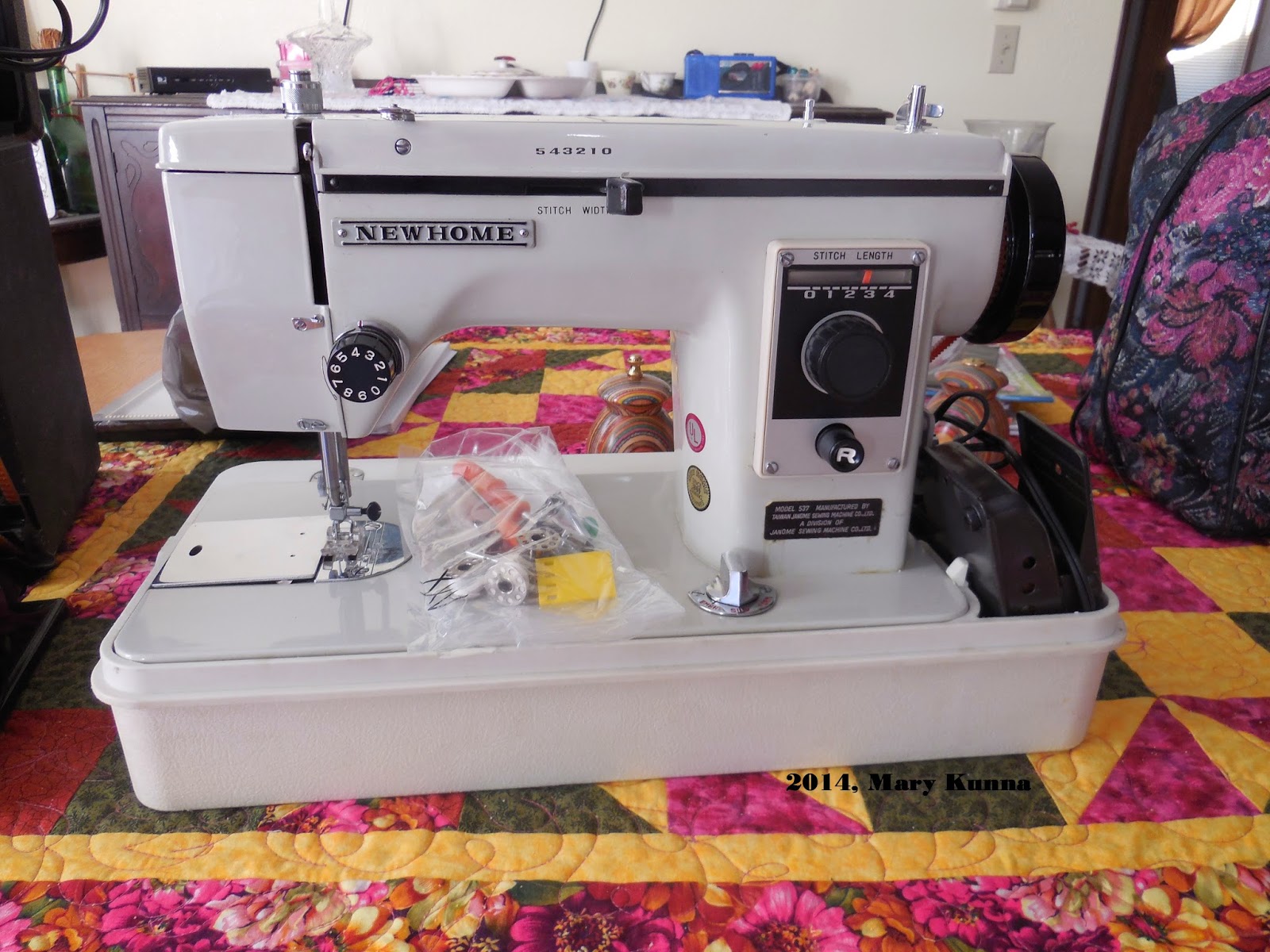 I had to take them home.

So--------then Thursday I had to do some house cleaning cause DD was coming up from CA. to visit.
During "union" break I was perusing (again) Craigslist, and I came upon this. 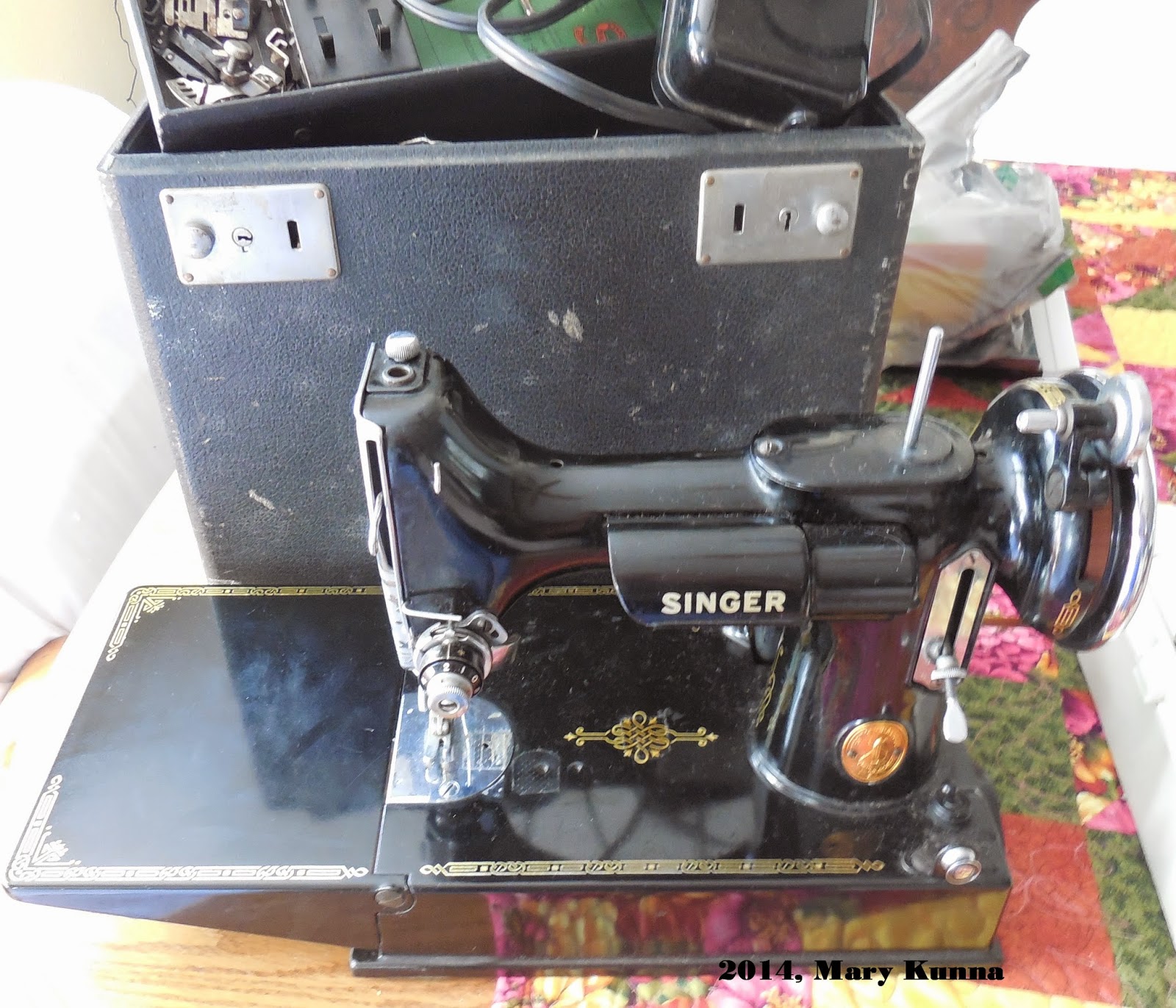 Well, when we went to pick up DD at the airport, we also stopped and picked up this little beauty.
I think I've done pretty good for the past two weeks.

DD will be here til the 21st so I don't think I'll be doing much sewing for a while.
Sew---that's what I've been up to lately.

That's it for now.
Til later,
Hugs & Stitches,
Mary
Posted by Tosty's Quilting Tidbits at 5:56 PM No comments: