Val over at Val's Quilting Studio has suggested we put some of our goals down for this year.
Where do I start?
Of course for January you know I want to get the sewing room cleaned up and workable. I just have now umph to get down here and work cause it's sooooo messy. That is #1 goal.

I would also like to get 1 UFO a month done. This may be possible because every Thursday (unless we're gone to vend at a show) my BQB (Best Quilting Buddy) comes over and we have been working on UFO's.

Another goal is to get at least 1 or 2 of my own quilts quilted each month. I probably still have 50 tops to do. I have sold off some tops that I have lost interest in or just know I will never get around to doing.

I also want to be a little more organized in my business/ This last year things sort of got away from me and I felt so frazzled by the end of the year. I was stressed to the max. Not this year. (I hope.)

Also, I would like to have certain days that I work on the Vintage Machines that I have accumulated. Some of these I will keep and some will be sold. I just need time to work on them.

MORE Treadle Time!!! I haven't messed with my treadle in a while and I really, really want to do some more treadling.

I guess what it boils down to here  is that my goals this year are to have more me time to do the things I wants to do instead of being pushed by deadlines for the business. Which means-------get organized. Wish me luck.

I'm going to link this up to Val's post HERE.

I've sort of started working on 2016. Since I had all my client quilts done, I have spent some of December working on class samples.
I did get one Marti & Me sample made and still have 5 more to do. I do have 2 of them cut and ready to piece. I just got the rest of the fabric for the others, so I'll be starting them soon. I also got 4 Mini's done, quilted and bound and out to the LQS for the Mini of the Month Club after Marti finishes up. I didn't get pics of them before I took them out, but I will be out there Monday so I will get pics them.

Now I have started on one of the classes I will teach out there. It is called Pi-2 by Maple Island Quilts. 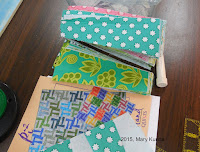 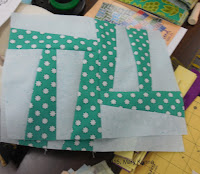 I have that cut out and have started piecing.
Another project that I am starting on isn't actually going to be a class, but when the pattern came in I fell in love with it. I got talked into making a couple of the blocks to show our BOM group in hopes of selling some of the patterns. IT'S PAPER PIECED!!!! I normally shy away from PPing but this is sooooo pretty. So I'm trying to get a couple of the blocks done for Monday. 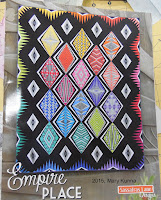 I am using Michael Miller Crystals (and a couple of Shadowplays). My accents are black & whites. 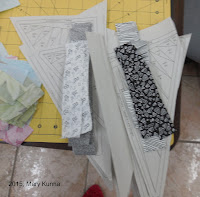 I am using Step 1 of Allietare as leader and enders so I am sort of working on the MQ also. I have Step2 cut out, but I really need to get going on Steps 3-5.
I have also loaded my BQB's Moth in the Window to start quilting for her.. After that, believe it or not, I will load one of my quilts. 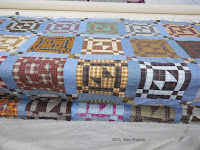 Starting next week everything gets set aside until I do the Great Muck Out. I swear I WILL get my sewing dungeon turned into a "sewing studio" by the end of January.
With that said, I guess I'd better go back to work.
'Til later,
Hugs & Stitches,
Mary
Posted by Tosty's Quilting Tidbits at 1:15 PM No comments:

I know it's been a while since I posted anything.
I've been busy getting the last of the client quilts out and have started working on class samples.
This last week I have made 4 class samples, embroidered a sweatshirt that a friend brought over that she wanted to give as a gift. Embroidered 2 towels for another friend (BQB) that she wanted for her DH (they have a '57 Chevy on them). Started piecing the alternate top of Country French (a BOM at the LQS).Worked a little on Allietare MQ from Bonnie Hunter. I still need to cut clues 3 & 4.
Hopefully after Christmas I can get a couple of my quilts done. After the first of the year I plan on a MAJOR clean out of the "black hole" and turning it into a "sewing studio" (haha).

I realize I have no pictures for this post, but I need to find my camera and get some of the samples I am making for next post.
In the meantime, I will leave you with this--- 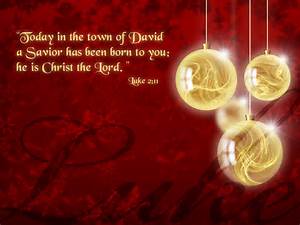 I know I haven't posted for a while but things got a little busy around here. I've been busy trying to get all my client quilts done so that I can have some time off. I usually take January off to work on some of my own things (imagine that). This year I wanted to get everything out by the first of this month so I could concentrate on some other stuff. Well, I'm down to 2 client quilts and then I'M DONE!!!!!!!!! I should have everything out by the 7th.

Sooooo, this month I can concentrate on getting shop samples done for my classes this year. I have 7 Marti & Me samples to finish. Then I need to make up about 6 samples for a new "club" we will start after the Marti & Me ends. It is a Mini of the Month Club. I also need to make 3 other samples for some new classes I'll be teaching. All of this I want done in December. Oh, and I would like to get at least 4 of my own quilt tops quilted.

In January I'm going to try to get the "black Hole" cleaned up. It's been a long time coming, but I really need to get a more workable place. Right now I feel like I have pathways to navigate to get to things instead of an open workspace. I plan on going through fabric and thinning the herd, so to speak. Organize project bags and decide if I'm really going to do them or not, and decide their fate as to what happens to them. And I really need to get the worktable for working on machines cleared up.

The BOM that we are doing at the LQS is called Country French. Each month I have done a step out block to demo at the meeting. I have pulled it all from my stash for the demo block. Here is a pic of the fabrics I am using. The actual fabrics that are used is from the Country French line, so this one is really, really, REALLY different from the original. (Tried looking for a pic of the original but couldn't find one online.)

I have all but 1 of the blocks made, so I will be putting this together during my down time. Can't wait to get the border on and see the finished product.
I did manage to start on Allietare. That is Bonnie Hunter's Mystery Quilt this year. I have all the HST's cut for step 1. Now all I have to do is get them sewn.

I am going to try to get them done this week so I will be ready for Step 2 on Friday. I would like to keep up with this one. I have her last 2 mysteries started and in different stages of being done. Those are on my finish list for the sew days on Thursday's when my BQB (Best Quilting Buddy) and I get together.
I'm linking to Quiltville page so you can check on the progress of others who are doing this.
That's all for now.
Til later,
Hugs & Stitches,
Mary
Posted by Tosty's Quilting Tidbits at 9:31 AM 4 comments: