This week is going to be crazy.

Monday-Laundry (so I have clean clothes for the weekend) (vending at a quilt show), pulling out bins of inventory to get ready to load for show, assembled 5 mini table runner kits, made up three 2 1/2" scrap enhancement packages, sewed up display sample of mini tablerunner kit.
Tuesday-went to bank to get change for register for show, load  inventory into van, worked out in the garden in the afternoon since it wasn't raining. I have now cleaned all the flowerbeds and gotten rid of the "rock" gardens and re-did those spots. I've also put out all my solar lights. That garden is really going to be lit up at night.
Wednesday-left early to go to Vancouver (WA) to set up for Quilt Show. I will be there until Saturday vending at the show. While there I also spent time after show hours (in the motel) writing up a pattern for the class I will teach at retreat this next week. Nothing like waiting until the last minute. :-)

Here is some eye candy from the show. Enjoy. 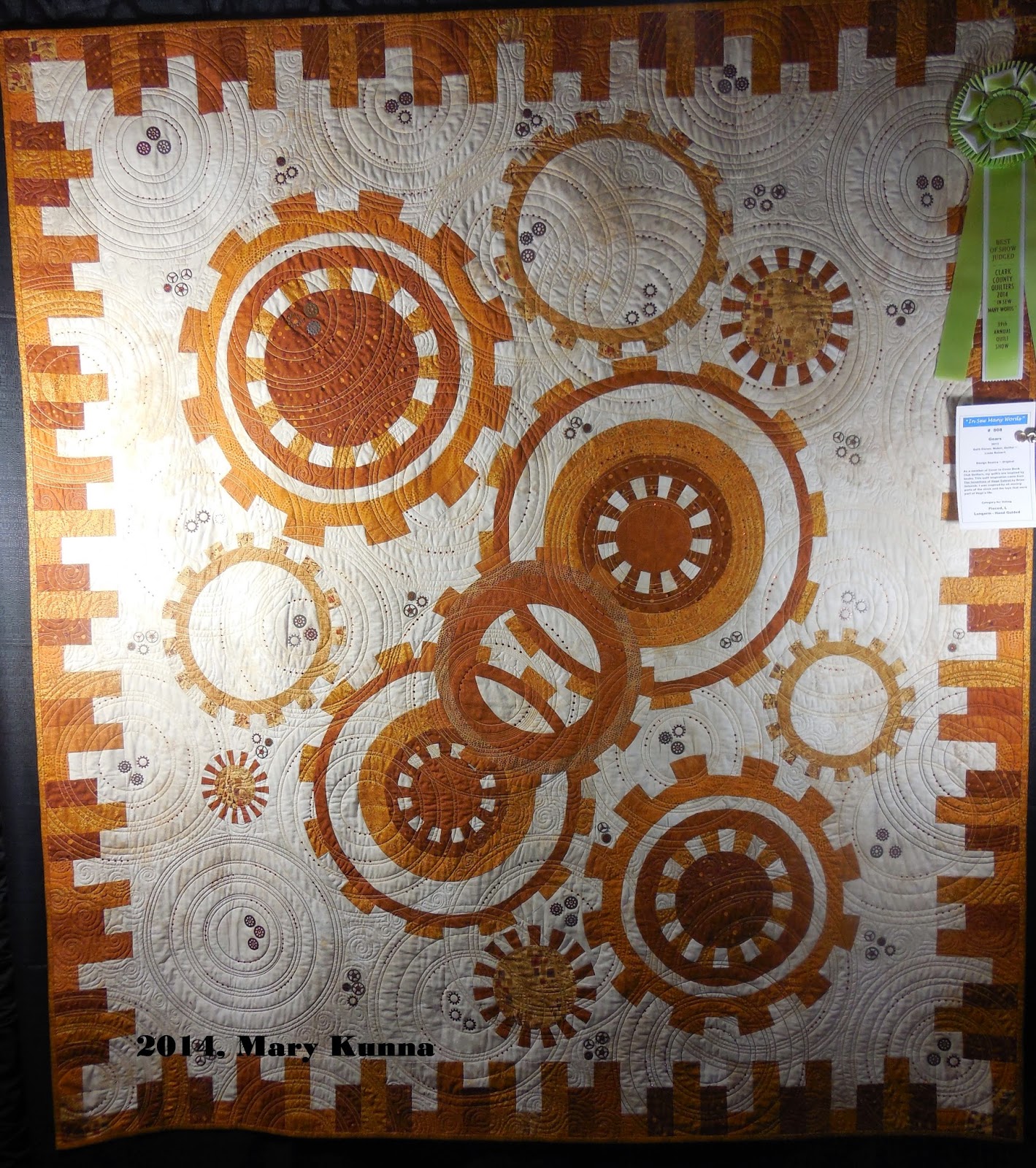 This is the Best of Show. Not a good pic but the lighting wasn't real good and they had extra lights in front of it. It had crystals all over it.

This is the front.

This is the back. 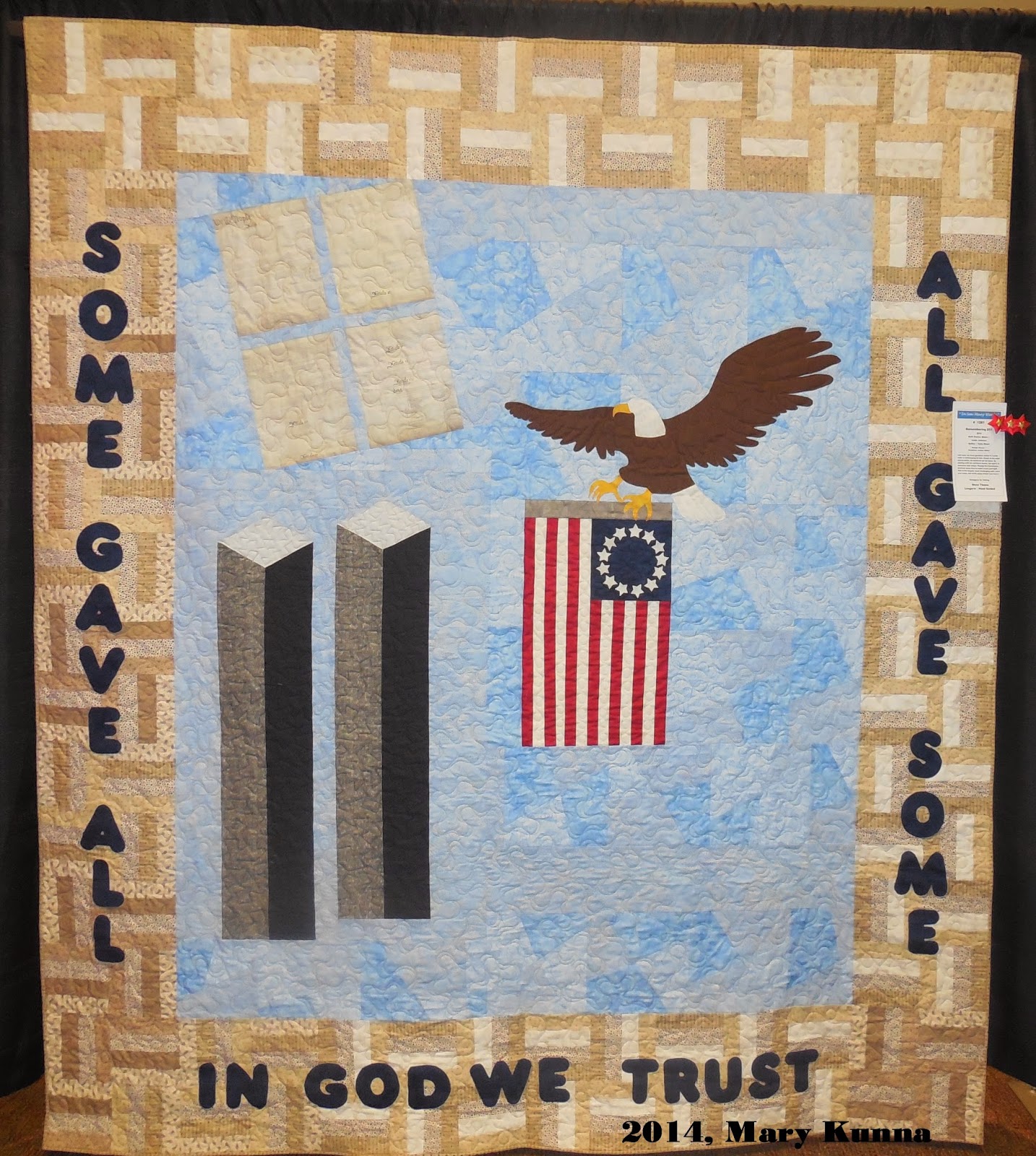 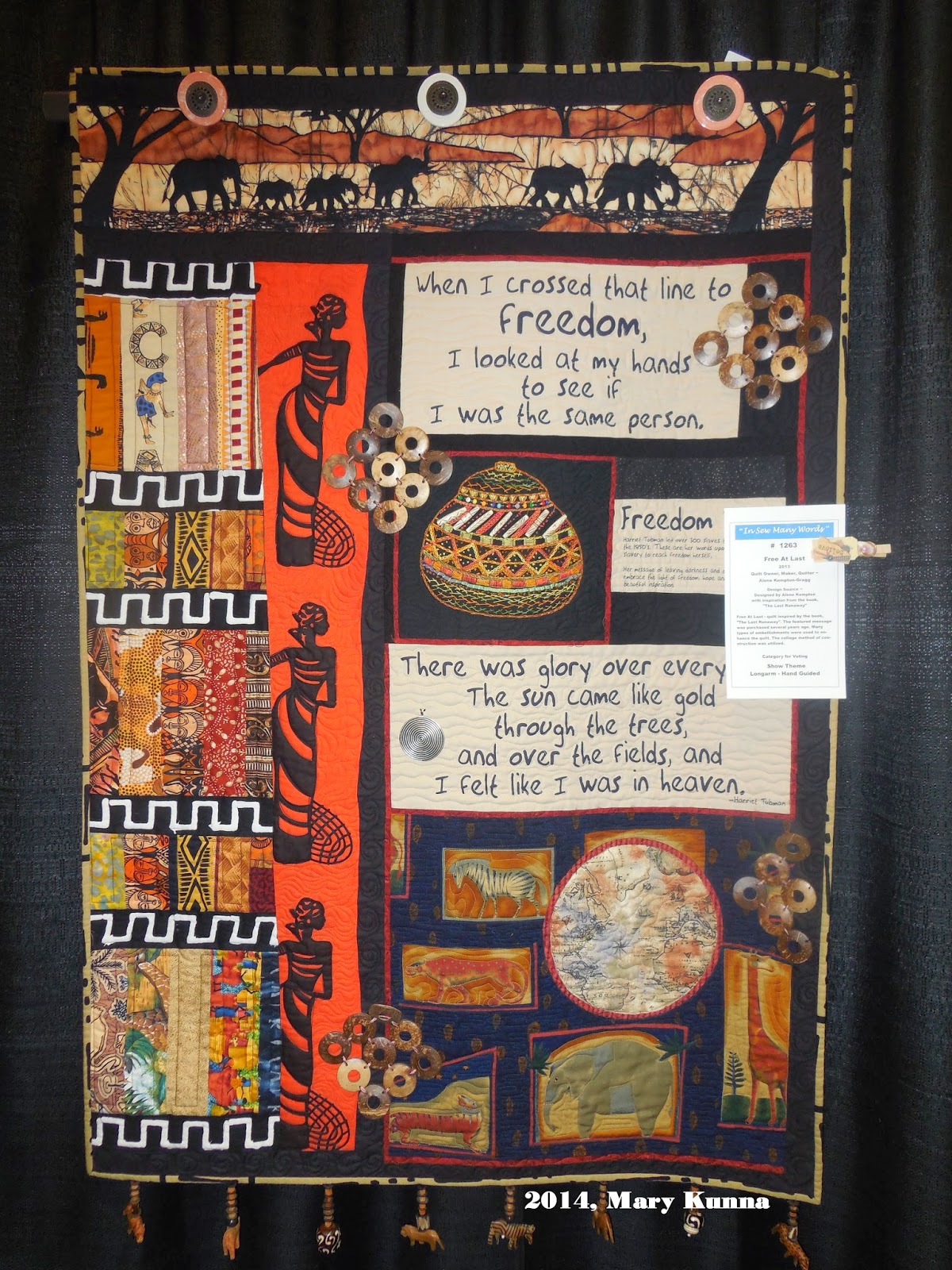 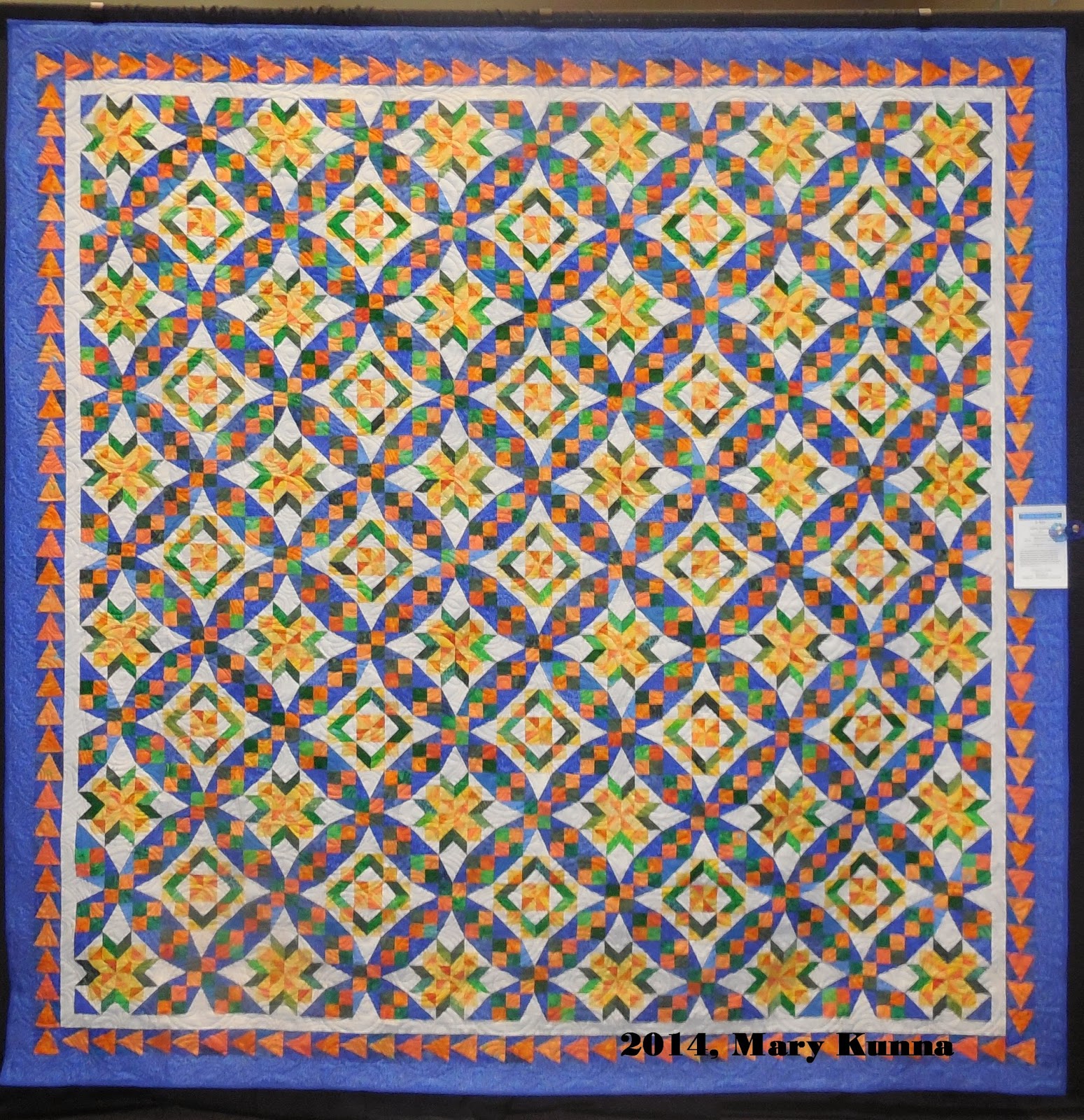 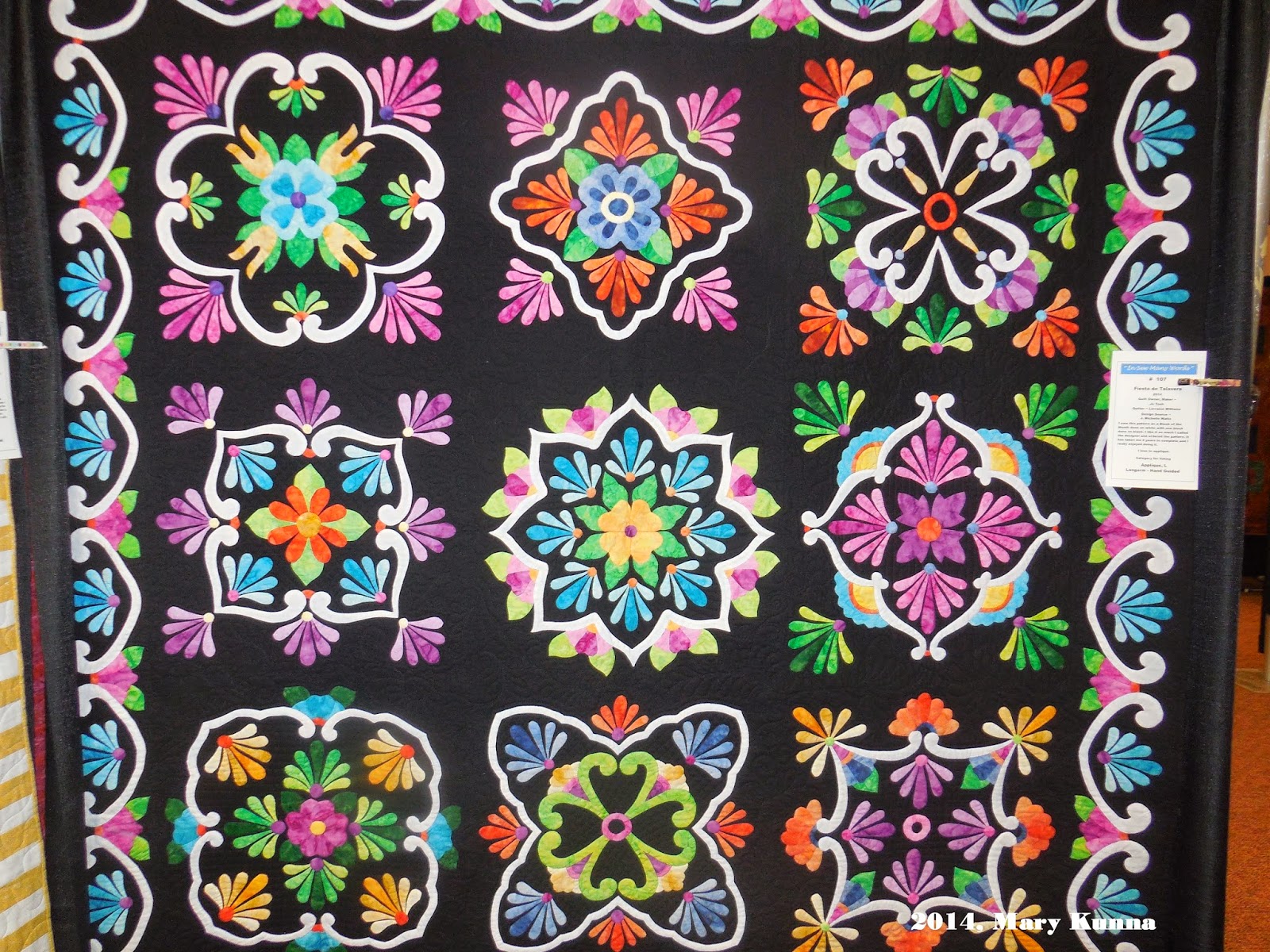 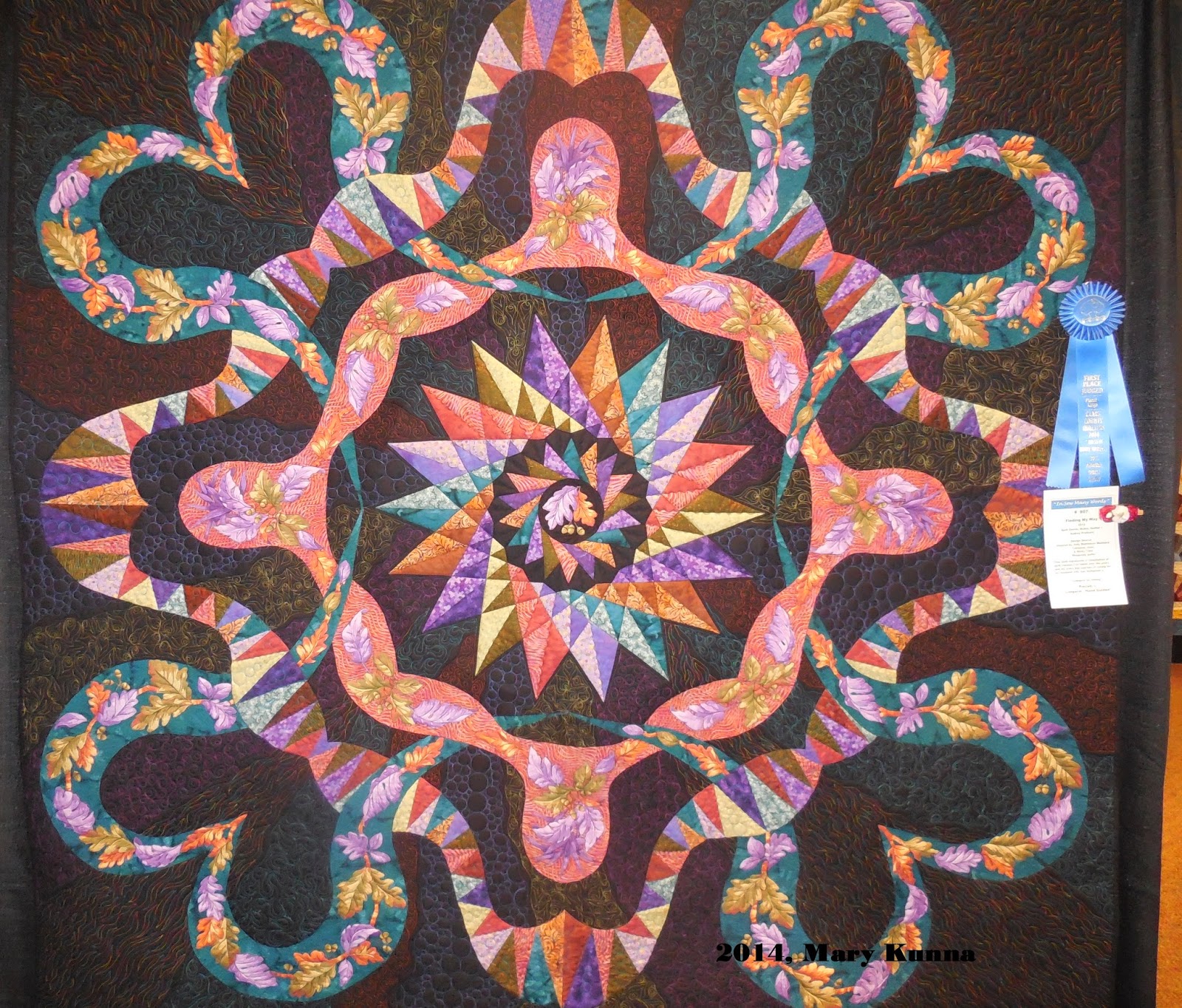 That's it for now.
Til later,
Hugs & Stitches,
Mary
Posted by Tosty's Quilting Tidbits at 9:36 PM